Some of the campaign’s most important activities take place after the campaign has ended. This is the time to say “thank you”. Recognition and appreciation build morale and a strong foundation for next year’s campaign. The CFC offers a variety of ways to recognize agencies and offices, campaign workers, and donors. Donors are invited to download virtual badges to use digitally in their email signatures and as profile pictures. Alternatively, they can be printed and posted in workspaces. Click on the name of the award below to download the badge. 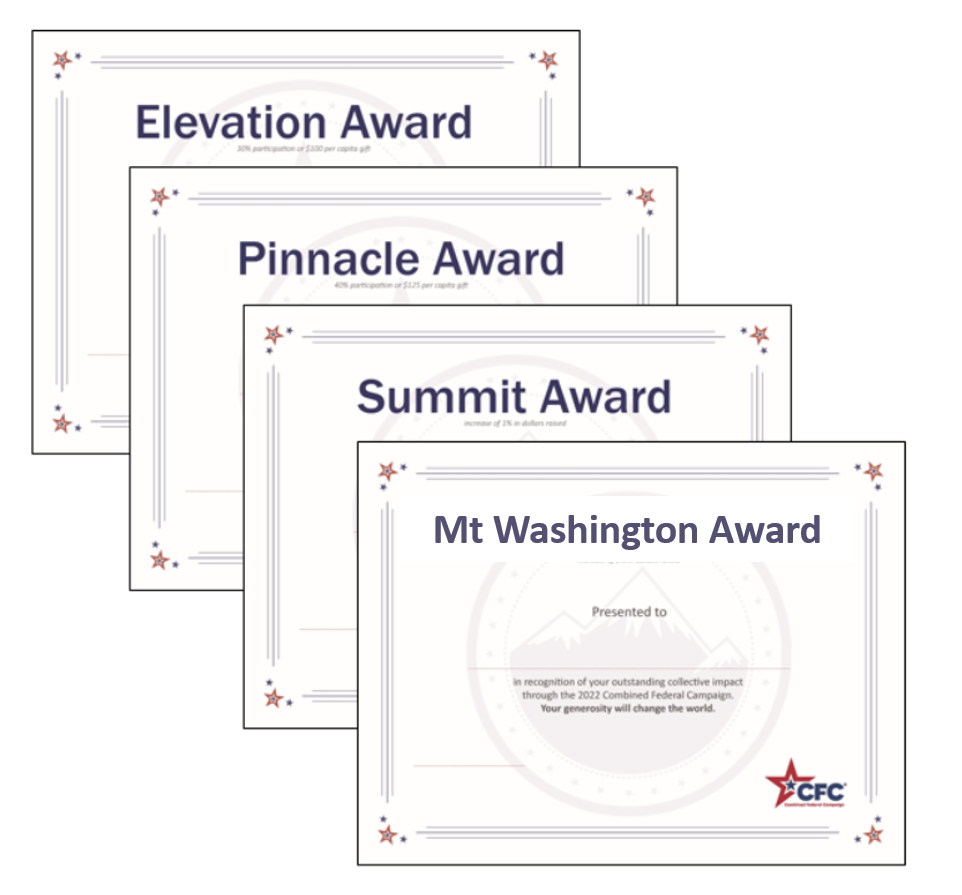 At the end of the campaign, agencies will be presented with signed, digital certificates (suitable for printing) recognizing their achievements.

The dedication and commitment of the cadre of campaign workers makes the CFC a success. Thank you for all you do!

This site has been approved by the Local Federal Coordinating Committee.
© 2022 Combined Federal Campaign. All Rights Reserved. The CFC is a program of the U.S. Office of Personnel Management.