Some of the campaign’s most important activities take place after the campaign has ended. This is the time to say “thank you” to department, agency, or installation leadership, campaign workers and donors. Recognition and appreciation build morale and a strong foundation for next year’s campaign. The CFC offers a variety of ways to recognize your department, individual offices, campaign workers, and donors.

The CFC New England recognizes the outstanding support and dedication from Federal Agencies, Units/Departments, and CFC volunteers during the 2021 campaign! We want to thank all federal employees who support the CFC campaign through our exciting Awards Program.
Recognizing your campaign team not only allows you to thank them for all their hard work but can also be used to improve morale and foster team building within your office/unit.

A CFC hero is a person who implemented a successful CFC campaign and went above and beyond the call of duty in service to the campaign. This recognition will be awarded to up to three outstanding key CFC campaign representatives.
*Requests for nominations will be sent to all CFC Campaign Coordinators at the end of the season.

Innovative activities can be in the areas of campaign administration/management, marketing, fundraising & incentive efforts and/or other innovations which display creativity and excellence during the 2021 CFC Campaign. Such as initiating new or improved methods of CFC awareness, method used for the education of donors, implementing a new technology while promoting CFC, conducting an innovative CFC activity/event, etc.
*Requests for nominations will be sent to all CFC Campaign Coordinators at the end of the season.

Agency of the Year Award

One Federal Agency or Command in each category will receive this award if they achieved great results in their campaign by utilizing innovative and creative means, getting key CFC volunteers involved, creating awareness, and showing leadership.

Submit your Agency of the YEAR Award nominations here.

If you have difficulty accessing the form above copy and paste the following link into your browser: https://kapcfc19.wufoo.com/forms/se5ynuc14kq3kf/

•    Executive Involvement Award- To the department, agency or reporting unit that best involved the head of the agency and/or senior leadership of their organization.

•    Best Special Event – To the department, agency, or reporting unit with the most outstanding campaign rally, kick-off, volunteer involvement, day of caring or another event.

•    Best Campaign Video- To the department, agency or reporting unit that produced the most creative and effective brief video (not a video of an event or kickoff) to promote the campaign (e.g., leadership message video, video promoting an event, Cause Week, Giving Tuesday, etc.)

Thousands of charities rely on the generous support of our donors each year to continue their mission in support of those in need. We want to thank all of the Federal employees who generously contribute to charities to help those who need a hand up – our neighbors, across our country, and around the world.
The recognition awards program is designed to acknowledge and thank donors while promoting the benefit and good work done by giving through the Combined Federal Campaign at the levels below.

If you are a CFC Coordinator for your Federal agency, please see the link below to order your agency’s recognition awards.

If you are a donor, please contact your local CFC Coordinator for details on how YOU can secure your recognition awards.

You will receive either a blue or green mug while supplies last!

Silver Eagle Award
Donors in the New England CFC zone who pledge $650 annually or $25 per pay period (civilians or retirees) will receive the New England commemorative CFC Mug and the CFC challenge coin. 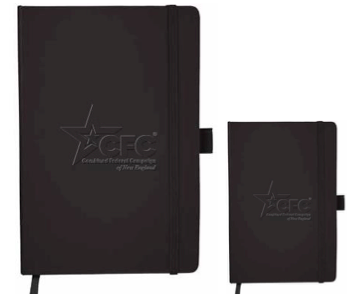 For agency CFC Coordinators -- Please go to the following link no later than February 28, 2022 to complete your order form: https://kapcfc19.wufoo.com/forms/r126kogo03naeu8/

For individual donors – Please contact your agency’s CFC Coordinator for details on receiving the recognition award(s) you qualify for.

This site has been approved by the Local Federal Coordinating Committee.
© 2021 Combined Federal Campaign. All Rights Reserved. The CFC is a program of the U.S. Office of Personnel Management.